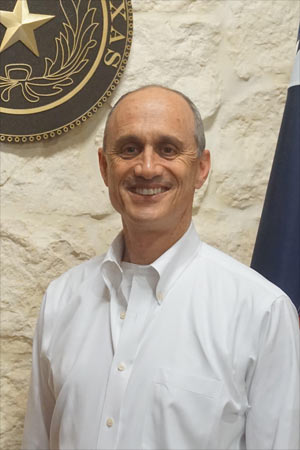 Carl has been a practicing trial lawyer for 30 years with an overlapping career in law enforcement spanning 30 plus years.  He has played a pivotal role in some of the nation’s most visible landmark cases. Carl Shaw has earned the recognition and respect of the legal community and his clients as a capable and compassionate attorney who will not flinch in the face of opposition.

During much of his 20-year tenure as a lawyer handling high profile cases with O’Quinn Law Firm, Carl also served at South Texas College of Law as an adjunct professor in a mock trial to Associate Dean Gerald Treece, widely known for his KHOU-TV appearances informing citizens of their legal rights. Carl is AV rated, the highest independent rating for trial lawyers awarded by the Martindell Hubbell Group.

Currently, Chief Shaw also serves as a command staff officer for a local law enforcement agency, Harris County Constable Precinct 1, where he manages security and other operational issues for the Downtown Houston Courthouse Complex, employment/other legal challenges, training, warrants and other related issues. Through his work in law enforcement and the Harris Country District Courts, Carl has a thorough understanding of the behind-the-scenes workings of our legal system, the perspectives of judges, and other courtroom influences that greatly impact the outcome of a case. He also did an internship at the Texas Court of Appeals.

Carl began his career in law at the Harris County Sheriff’s Department – a firsthand experience that gave him great empathy for, and commitment to, the people he represents in the legal system today. Carl holds a Master Peace Officer Certification in the State of Texas.

Carl earned his undergraduate degree from the University of Texas in Austin and his law degree from South Texas College of Law, where he was commended as the year’s outstanding male graduate by the Student Bar Association. He is an often-requested speaker in the community and spends time doing work with various organizations in the community.

A devoted family man, Mr. Shaw advocates for causes he believes will leave the world a better place for his children.

Frank Shaw spent the early part of his career as a Geologist after receiving his Master’s Degree from Louisiana State University. Frank went on to add a Doctorate degree from the University of Houston School of Law and had his own legal practice in Houston for over 40 years.  Mr. Shaw’s technical education made him an excellent candidate to handle complex dispute litigation and resolution. Mr. Shaw had a large client base that included commercial transactions, family law, and consumer issue clients.

Mr. Shaw also handled criminal matters, including acting as co-counsel in the trial of a case with famed criminal trial lawyer George Parnham.

For the last 20 years, Mr. Shaw has developed a strong specialization in real property issues such as search of title, examination of title, closing the transaction, as well as policy issuance and claims handling. By virtue of his experience and his law license, Mr. Shaw provides the legal services necessary to examine title and close transactions.

Mr. Shaw graduated from Law School at the University of Houston in 1969. Before that, Mr. Shaw worked as a petroleum geologist, having graduated from Hunter College with a Bachelor’s degree and later earned his Master’s Degree in 1959.

A committed steward of the community, Mr. Shaw dedicates a portion of his life to serving various charitable endeavors such as Pro Bono legal services and Children’s Charities.

Fill out the form and one of our legal experts will contact you asap!